Yesterday was Good Friday. The day that Jesus Christ was hung up on the cross. As a Christian I believe that Jesus was God in the flesh. That the King of the universe created himself a bodily vehicle and lived, walked, taught and healed among mortal man. He was simultaneously both fully God and Fully man. And I believe that the disciples who followed him were at least partly aware of this. He was the messiah. The God/Man who had come to fix everything. But on Good Friday, God laid down his life and died. Notice that I didn’t say that he was slain. And mortal man who endured crucifixion would have been but being immortal Christ could not have been killed no matter how brutal he was treated. Then he cried out that God had forsaken him.

The flesh couldn’t die until the Spirit of God removed himself. And darkness covered the earth. And they buried the messiah. The bible tells us a lot about what happened on Good Friday. And the “Good News” of His resurrection is well documented. But on day two, the universe wept. Hope was gone. Peter went as far as to deny ever having met Jesus Christ on three different occasions. Day Two had to be the darkest day in human history. I have been saving tonight’s feature image just for this post because of the dark feeling invoked by the clouds and the rain on the sunroof of my wife’s car. (A technique that I use often) I think that it captures the feeling that his followers would have had on day two. The Bible says that during this day of darkness that Jesus was in Hell. That during our time of darkness he went to the prisoners in Hell and released those who died before His sacrifice was made. Itp wouldn’t be fair on the day of judgment to have not provided the opportunity of repentance to every soul that had ever lived. (Reference 1st Peter 3:18 – 20)

But his followers could not have known this. Day two had to be a day of doubts.

It’s a reminder to me that just because the darkness surrounds me and just because I don’t actually see what God is doing in my life doesn’t mean that nothing is happening.

Then, on the morning of day three the clouds rolled back and light returned to the earth. The two Marys had been to his grave and were the first to be told that hope was not lost. In fact, hope was just beginning and it was going to get even better. 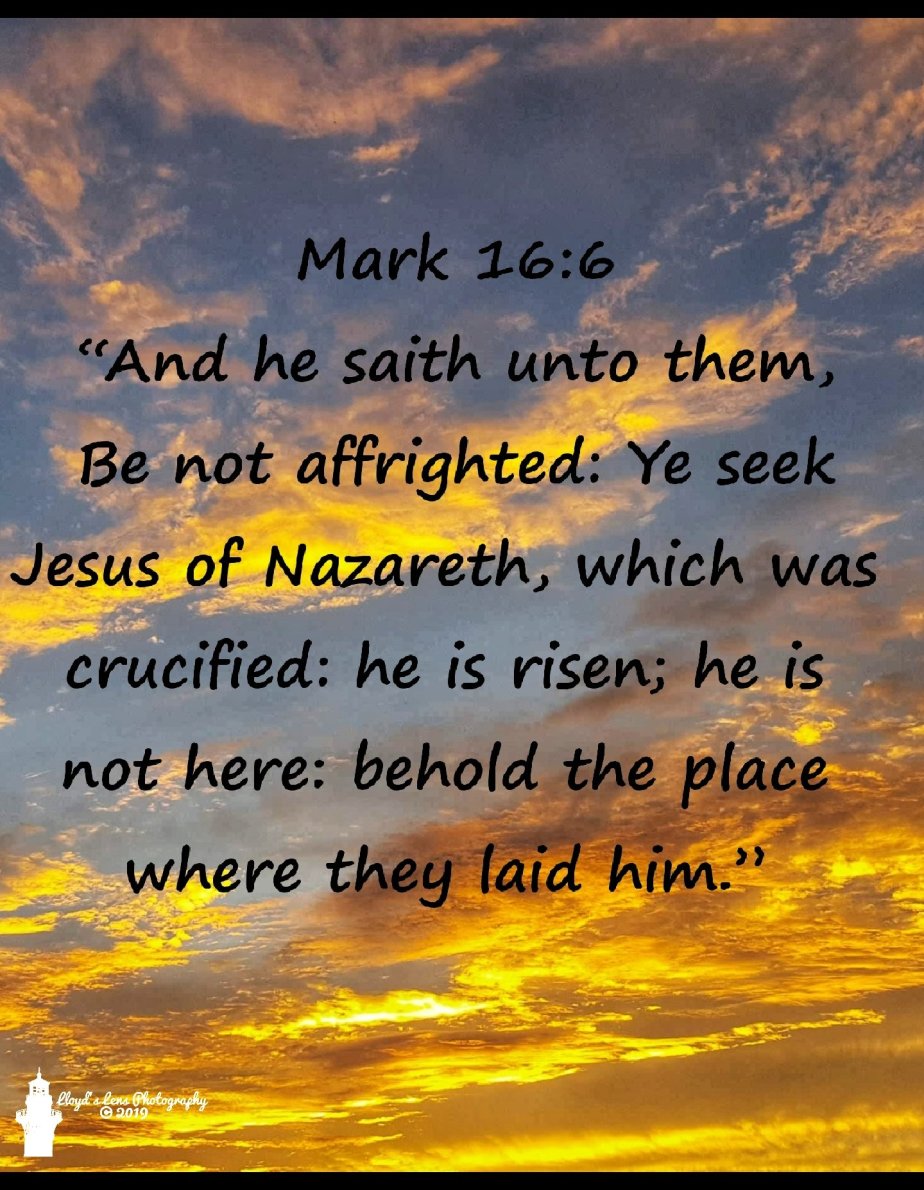 It’s typical for us as Christians adapt the cross as the symbol of the sacrifice that cleansed us from our sins. But it’s the empty grave that ensures our own Resurrection.

Just a quick note before I close. There won’t be post for Resurrection Sunday. I’m taking the day off and the next post will be on Monday night. I’m also forgoing the normal marketing pitch at the end since tonight’s post is more of a testimony dedicated to the Lord Jesus Christ.

Good night and be blessed.